This season of apple picking was the best yet! The Stayman Winesaps were the darkest shade of maroon I have seen in three years. My first batch of apple butter is on the shelves, and my appled brandy and apple-spiced whiskey are busy getting sweeter and spicier for the holidays. With Thanksgiving around the corner and fall color at its peak, it felt like an apple pie kind of weekend. Feeling the need for something new, I made an easy change to my Classic Apple Pie recipe. 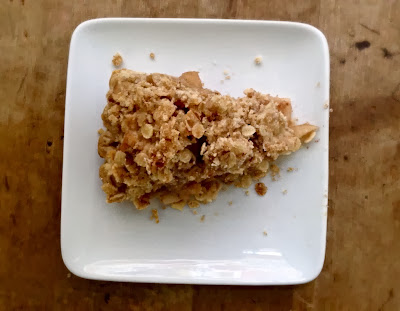 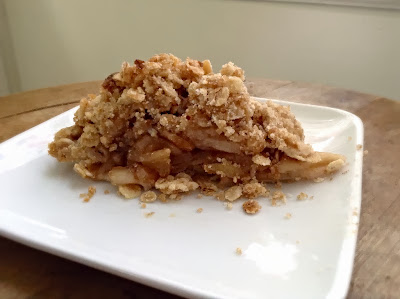 The result resembles the so-called "Dutch Apple Pie" with a streusel topping: flour, butter, sugar, and cinnamon. Using oats and nuts in this crumb topping resulted in a crumb slightly less sweet than usual. "Less sweet?!" Don't worry, with this pie less sweet is better. It's like the most delicious apple cinnamon oatmeal ever made. In other words, eat this pie for breakfast. 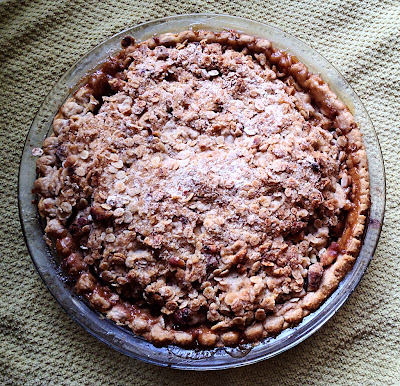 Follow the pie recipe here, using only a bottom crust.

Crumb Topping
for one 9 inch pie

Stir together flour, oats, sugar, nuts, cinnamon and salt in a bowl. Cut in cold butter with fingers until butter is pea-sized. Sprinkle evenly over the top of the pie. Bake as directed.
Posted by Bekka at 4:56 PM