Each passing year, I like to try something new for my birthday treat. In 2012, I made these insanely sweet banana cupcakes with brown butter cream cheese frosting and caramel drizzle (which also win the Longest Name award). In 2013, I used my green thumb in the kitchen to bake these adorable "seedling" cakes in canning jars (which are sadly still on the long list of treats to blog about).

The inspiration for this year's birthday cupcake started early; four months ago to be exact. On the very last day of August, I enjoyed a lovely lavender lemon cupcake from High Point Cafe in the Mt. Airy neighborhood of Philadelphia. I knew then and there that I would have to adapt this cupcake for my birthday. If you have been keeping up with me in the kitchen, you know it's been the year of lavender.


Here was my short list of things to consider:

I flipped through cookbooks and browsed the internet for various vanilla cake and buttercream recipes to set the foundation for my recipe. Here is the delicious result. 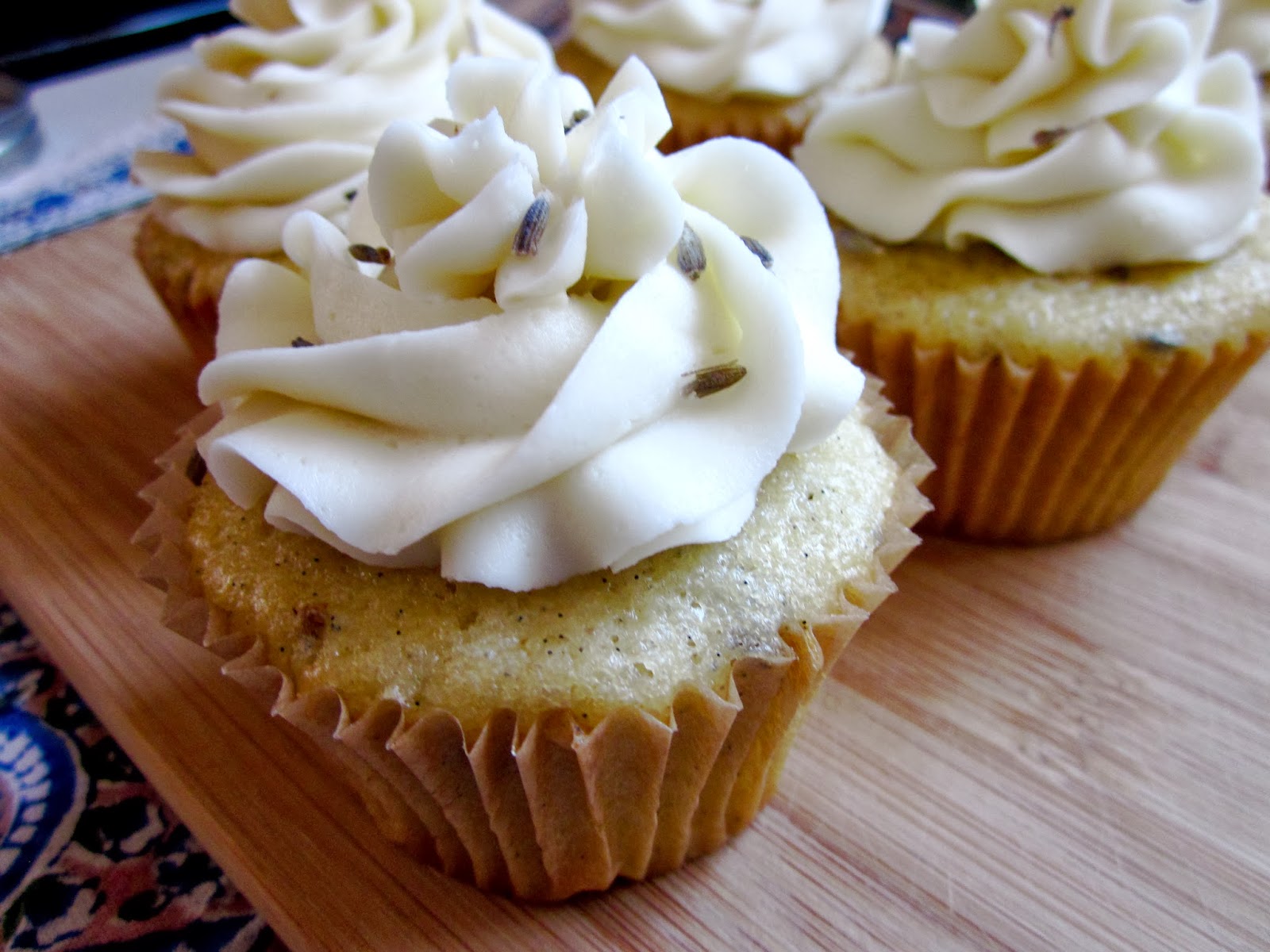 Notes on the recipe: 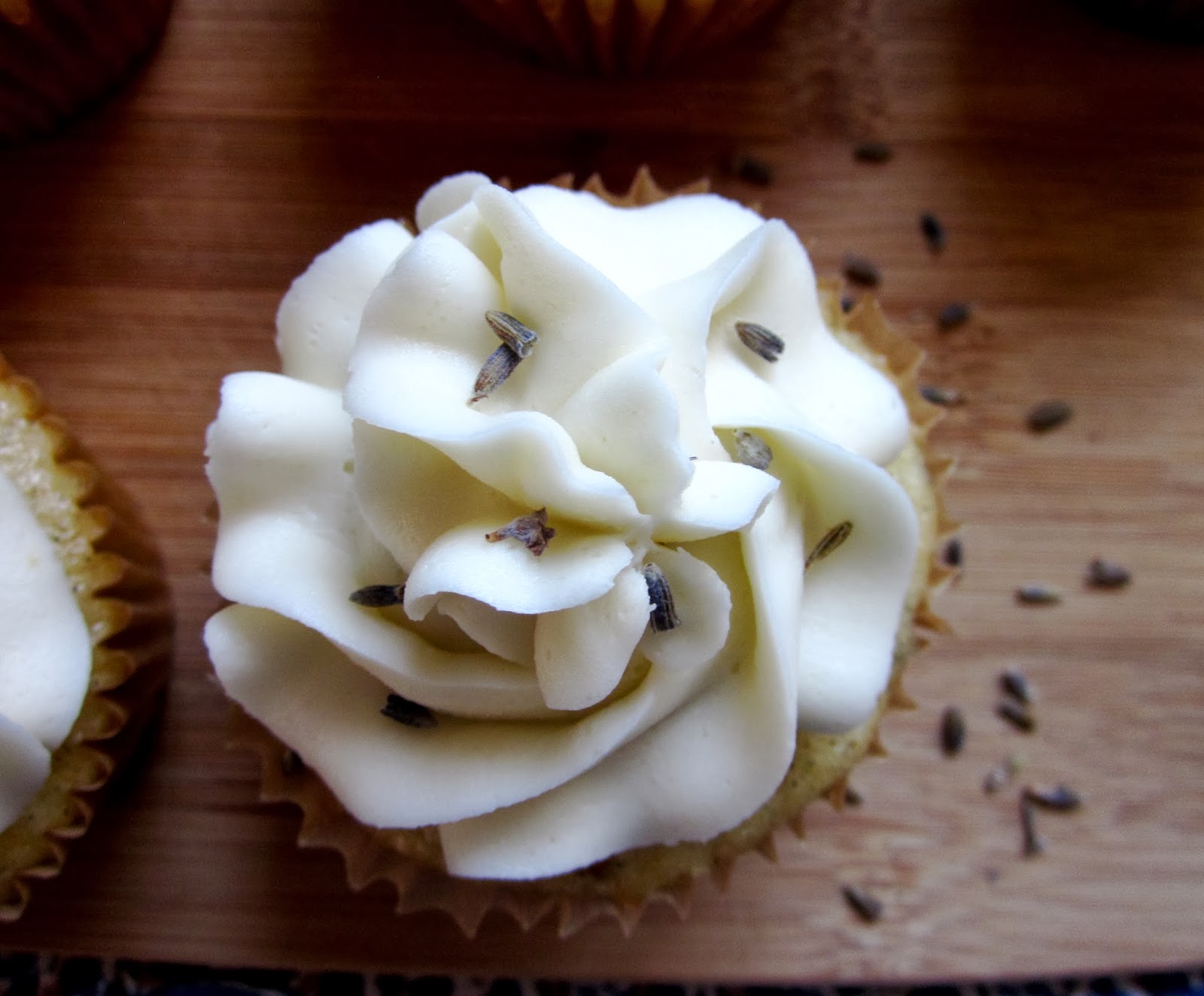 Combine dry ingredients in a medium bowl and set aside. Cut the vanilla beans in half lengthwise. Run a knife down the inside of the bean, removing the seeds.

Cream sugar and butter with an electric mixer. Add vanilla, zest, and lemon juice and mix until fluffy.